The Regina Bypass is the largest transportation infrastructure project in Saskatchewan history. Once complete, it will improve safety, reduce congestion and allow people to safely travel to their destinations on Trans-Canada Highway near Regina.

The construction phase of the project for Regina Bypass will last until 2019 and includes:

Since construction began on the Regina Bypass Project, a great deal of work has taken place, including: 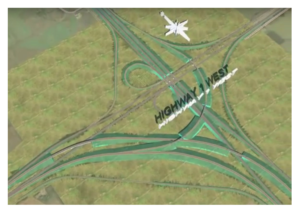